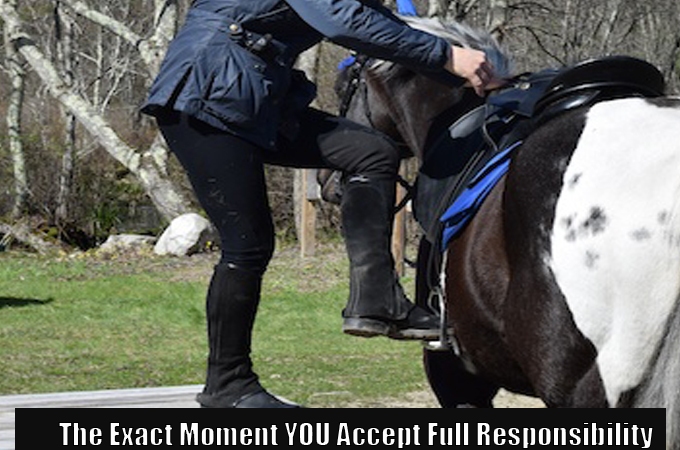 Over the years I have ridden on the British roads hundreds of times without incident. Car drivers, bike riders, lorry drivers, tractor drivers have all been courteous. Once I met a wide load truck carrying an armored tank. Admittedly my old boy was somewhat wide-eyed at this, but the driver stopped and we actually had a pleasant chat at his driver-side window. I’m careful when riding on the roads, and I only ride with an experienced rider, never alone or in the company of novices. There are tactics we use, none of which I have seen used by riders when I am in the car. We trot around bends if there is no oncoming traffic, and yes you can hear cars approaching. We do this to reduce the time of being in a vulnerable position and to not hold up traffic from behind. If we hear traffic approaching from behind we pull over to the verge as much as possible, but we also stop if the road is narrow. I always turn my head to the driver to make sure he has seen us, and that he is slowing, and it’s amazing the effect eye-contact can have on a stranger. If I believe there is going to be a problem, for example a very large noisy lorry is coming, I have never hesitated to ride up someone’s drive-way, or into their garden, I have been all sorts of places! I am quite happy to push through a hedge if I decide to remove my horse from danger.

I have accepted however as soon as I place my left foot in a stirrup to the moment I dismount, everything in-between is MY responsibility, it’s MY risk and no one should take the blame for MY decision to ride a horse. 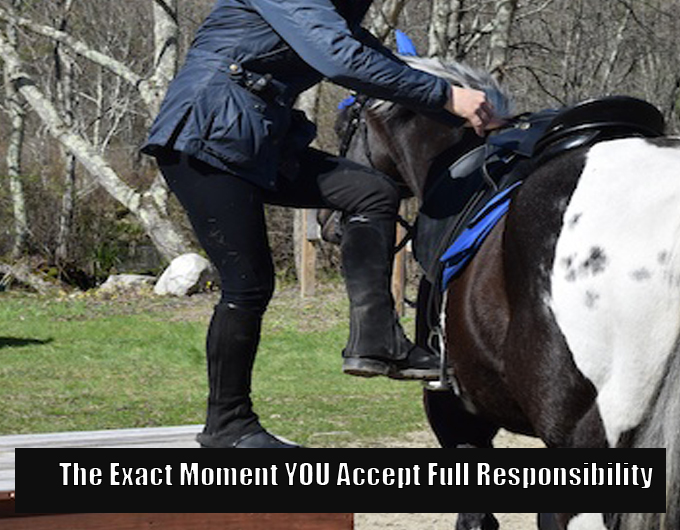 No matter what my horse spooks at I accept I have been irresponsible by not preparing my horse to disregard any number of spooky objects, noises or situations. I rarely see people investing time with doing ground-work and as far as I’m concerned the horse should have seen and been in many situations even before you have made the decision to sit on him. It seems crazy to me people do not invest in their own LIFE. More often than not precautions consist of high viz jackets, a body protector and a riding hat. How absurd it seems to wear gear in anticipation of falling off! People wear less equipment when sky-diving. If I went to a theme park and they kitted me out in gear that would help me survive a roller-coaster ride, I wouldn’t get on it, it would appear too dangerous.

The video below shows a number of unfortunate situations culminating in two horses being hit by a car, and I have edited this to remove the point of impact.

Both riders are drifting about the road with no real purpose when they should both be 100% concentrating on the environment. It’s an overcast day and the road is wet, the car driver is without a doubt going too fast and loses control at the bend in the road. In this situation the high-viz jackets are actually useless but who is at fault here? Instead of looking for fault both riders should accept as soon as that left foot went into the stirrup everything that unfolded after is their responsibility. Personally I would of made the decision not to do road work on a dull wet day, I’m not sure how windy it was, but again if I could not hear on-coming traffic I wouldn’t risk it. Even though I accept from this footage the riders can in-fact hear the car approaching. It’s an unfortunate incident and something every rider should accept can happen.

People are keen to share their experiences on Facebook and Youtube of road-rage incidents, which usually involve a child or woman screaming at a car driver, or even smacking a car roof with a whip. Ladies we have to share the road, and you have no right to be screaming at anyone. This sort of behaviour gives responsible riders a bad name. Pull over for the car, thank the driver and be courteous. Yes I agree the moronic car driver is trying to squeeze by you on a narrow road, but I usually just point and indicate I will pull over at the next available space/verge/garden/layby. It has always ended well and the car driver is grateful I have done my best to get out of his way. But just try to remember, you chose to be in this situation and it is the responsibility of the rider to accept the risk. Take this on board next time your left foot goes into that stirrup.