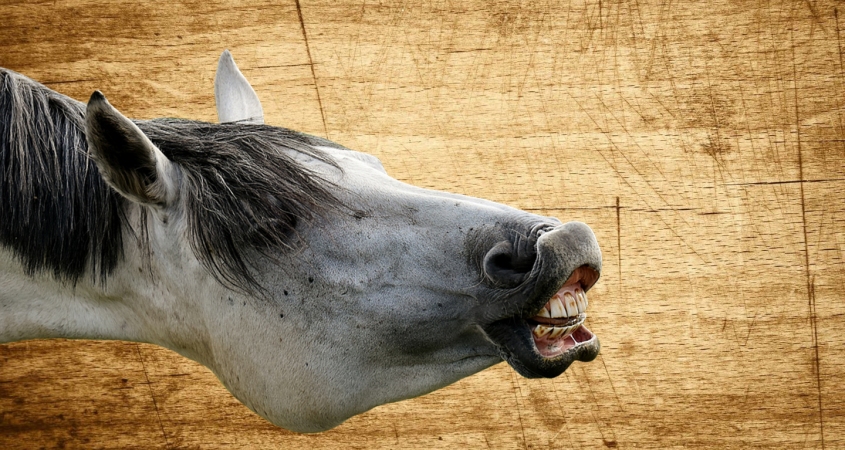 No-one stopped in their tracks, conversations were not interrupted, tea drinking did not cease mid sip either. By now everyone was accustomed to Screaming Sue and her daily routine of turning out her horse. Sue’s somewhat unconventional method of taking Bargy Boris (BB) to pasture always started in the stable, albeit with less volume, but still clearly audible.

During those moments it was clear Sue’s nickname was entirely inappropriate considering what we could ascertain from Sue’s rather guttural grunts and groans. During the rugging process which took around 35 minutes, a more apt name would have been Squashed Sue. Offers of help had ceased long ago because apparently Sue could handle BB’s rambunctious personality, and no-one but her would cope. The main event however always started when the stable door was opened. This was always BB’s cue to announce his existence to the world. The door would fly open so hard it would hit the outside of the stable wall and shake the entire block. Buckets, grooming kits and various yard equipment would either be scattered or shattered.

END_OF_DOCUMENT_TOKEN_TO_BE_REPLACED

Yes I heard those words. That delightful sentence fell from the mouth of a person on full livery.

They had felt compelled for some reason, to log a complaint to the yard owner about a person on Do It Yourself livery. I can’t imagine what the naughty diy’er had done, perhaps it was even about me!